How Does a Breach of Contract Lawsuit Work? 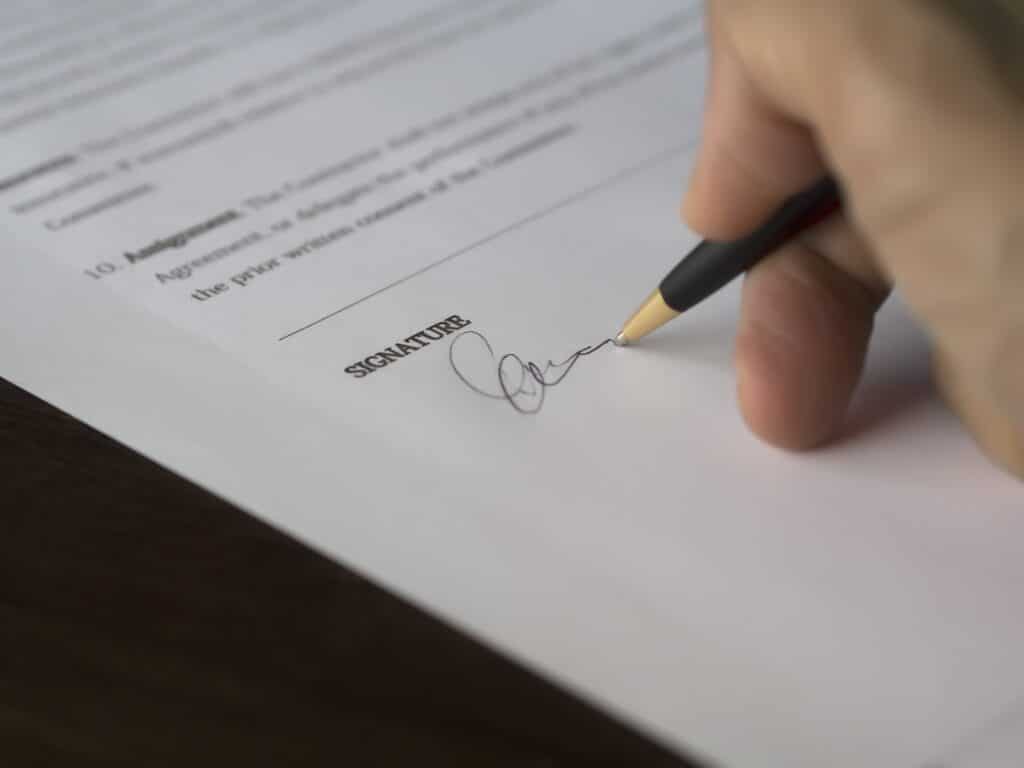 Does a business disagreement have you bent out of shape?

Filing a breach of contract lawsuit can balance the scales.

The first unwritten rule of business? Nothing gets done without a contract.

Contracts are the foundation of most business decisions and most companies would fail without them. But every so often, one party doesn’t live up to their end of the agreement. What happens then?

At Beers & Gordon, we’re no stranger to contracts. In this article, we’ll talk about the basics of a breach of contract lawsuit.

In short: contracts set the rules for an agreement between people. Each party makes a promise to the other(s) that they are then legally obligated to follow. So what happens when one party doesn’t hold up their end of the bargain?

A breach of contract is a serious matter that can result in a lawsuit—something most people are eager to avoid. But if you have been in this unfortunate situation, you can understand why filing a breach of contract lawsuit may be necessary.

Ways to Breach a Contract

An anticipatory breach is when one party informs the other that they will not be fulfilling their obligations. For example, the company you hired to build a deck reaches out to let you know that they are going out of business and no longer have the staff or materials to finish the job.

In an anticipatory breach of contract, the violation hasn’t occurred yet and there is still time to remedy the situation before the agreed-upon deadline.

Once a breach of contract has actually occurred, the question arises around how much of the contract has been violated.

A partial or minor breach of contract is a violation of a small portion of the contract that does not release the harmed party from fulfilling their contractual obligations.

For example, the general contractor finished your deck on September 8, rather than September 6 (the date listed in the contract). This would be considered a minor breach of contract and probably would not release you from paying the contractor for his work unless you can prove that you experienced a significant loss from the two-day delay.

If, on the other hand, you had informed the contractor that the deck was being constructed for the purpose of hosting your daughter’s wedding on September 7, that could be considered a complete or material breach of contract. Material breaches directly violate the express purpose of the contract and may entitle the wronged party from their obligations as well (in this case, the obligation to pay the contractor in full).

Less common are the contracts that are fundamentally flawed because they are fraudulent, illegal, or unconscionable.

If it turns out the contractor you hired wasn’t a licensed contractor at all, that would be an example of a fraudulent contract. Similarly, a contract hiring someone for an illegal or unconscionable reason would not need to be upheld.

The law always trumps a contract!

When to File a Breach of Contract Lawsuit

Filing a breach of contract lawsuit is not a decision to be made lightly. But how do you know whether you should serve those papers?

If a contract has been violated, the first step is usually to try to work things out on your own. In some cases, this works, and you can avoid having to retain an attorney to go to court. But if you cannot come to a mutual agreement or one of the parties just isn’t cooperating, a lawsuit might be necessary.

In most cases, other than small claims cases, you will want to retain counsel to handle these issues. Look at the Contract

The contract itself may specify whether you are permitted to file a breach of contract lawsuit or must go through mediation or arbitration first. It might even give a deadline for when lawsuits must be filed. Likely, it will also indicate what state and county that any dispute must be resolved.

Failing to follow the terms of the contract yourself could put you at risk for a countersuit.

Finally, you should ask what damages you experienced (as well as attorney fees) and what remedies you’re seeking. If the contract was only for $200 worth of damages, it might not be worth the legal fight.

Any case in Florida under $8,000 is a small claims case. Most of these cases can and should be handled without counsel. Small claims court is set up to help individuals. Additionally, unless the contract provides for attorney fees (most do not), you can end up owing an attorney most, if not all, of your recovery.

For the wronged party, the decision around whether to file a breach of contract lawsuit can be agonizing. But if you’re having a lawsuit filed against you, you don’t have a lot of say in the matter.

Fortunately, there are some instances where you can defend yourself against a breach of contract claim.

Do I Need a Business Litigation Attorney?

If an issue is serious enough to require a breach of contract lawsuit, it’s likely worth getting an attorney.

An attorney can help build your case (regardless of what side you find yourself on), determine the appropriate remedy, and navigate you through the mediation or legal process. But their most useful role occurs before the contract is even signed.

A business litigation lawyer has seen firsthand the consequences of vague or poorly written contracts. The best contracts are the ones that anticipate breaches and take measures to prevent misunderstandings.

By having an attorney review your contracts before they are signed, you can avoid breach of contract lawsuits and keep things “business as usual.”

Keeping You In Business

Breach of contract lawsuits prove that contracts are necessary. After all, if no one ever broke them, we wouldn’t need contracts to begin with.

Lawsuits (of any kind!) take time, money, and energy to fight, all of which you would rather spend building your business. Working with a business litigation attorney can lessen your burdens during a breach of contract lawsuit and help untangle any legal issues you may come across.

At Beers & Gordon, our attorneys have nearly 70 years of experience working with contract violations and corporate law and we would be honored to work with you. Call today to schedule a free consultation with a licensed attorney.